Introduction to testing methods and tools

Testing methods can be categorized by the development process.

TDD: In Test Driven Development developers first write the tests and then write code that passes the tests.

BDD: Is an extension of TDD which allows developers to write tests based on behavior or functionality of the code/project.

Note: – It’s recommended that developers learn how to use PHPUnit, write and run test classes for unit testing. Read Laravel document for testing and PhpUnit manual.

Testing is an important part of any project. It allows you to deliver bug free project and also makes  You can read Laravel testing decoded a book by Jeffery Way.

Chech how to perform unit testing in Laravel using PhpUnit. 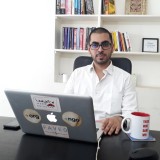 Bhanu Pratap Singh Slathia, entrepreneur and web solutions professional, founder of Ladybird Web Solution based out of Bangalore. An all-out team player, Bhanu brings a keen eye for detail and a results oriented focus to each and every project undertaken